The Evolution of New Alarm Systems Over the Years

When you think of home security and new alarm systems on the market today, some pretty sophisticated technology probably comes to mind. You might think of the tiny cameras next to your front door whose footage you can check on your phone wherever you are. Motion detection, security perimeters, and 24/7 surveillance are all on the menu for people looking for a new alarm system.

Before all the technology we now take for granted came to be, home security looked very different. And it wasn’t that long ago, either.

However, to get to the early days of alarm systems, you have to go back about a century. In the years following the First World War, cities and towns experienced population growth and increased crime. The Roaring Twenties brought more people together and more need for home security with it.

Like a lot of technology, alarm systems were done manually at first. People would pay for a service called door shaking. The service involved a night watchman testing or shaking the doorknobs of subscribers’ homes to make sure they were locked.

Alarms soon became more advanced as electromagnetic systems powered by batteries connected doors and windows to alarms. If the system was triggered, a signal was sent to a monitoring station, sending security to the home or business.

The principles of these early alarm systems aren’t so different from today’s security. Now, home security services offer remote monitoring and send the appropriate help when the system is triggered. Sure, technology has come a long way with smart cameras and perimeters replacing cumbersome batteries and wires, but the roots of our home security still maintain a similar pattern.

Speaking of smart cameras, the birth of the security camera is earlier than you might think. They were first developed in the 1940s. However, security camera systems didn’t take off as a common crime prevention service until the 1970s.

Early security cameras were much bulkier than the powerful yet tiny models we’re accustomed to today. The systems also harkened back to the early days of alarm systems, as a camera’s signal was monitored remotely by personnel who would sound the alarm when the camera captured suspicious activity. Once again, a central security station would send in motion the proper response to a security situation.

While the beginning of security cameras might go back further than you’d assume, one element of home security might not be as old as people think. Smoke alarms have been around for as long as most people can remember, but they only became standardized and commonly used in the 1960s and 1970s.

As smoke alarms grew more common and sophisticated, they have helped cut fire-related deaths by around half since the mid-1970s. Now, fire alarms offer even more protection as they can identify smaller particles and temperature changes. Carbon monoxide monitors increase home safety even more.

Like other home security systems, smoke alarms have become more user-friendly over the years. For the most part, the days of struggling to silence a false alarm as it blares in your ears are gone. Just the press of a button, or even a wave of your hand, can silence a false alarm.

New alarm systems today even allow you to check battery life and functionality remotely. You can inspect practically every detail of your home system from anywhere.

Today’s alarm systems give you access to 24/7 security and peace of mind. Your property is constantly under surveillance, and you can know everything that’s going on at home even when you’re gone.

You have the same access to remote monitoring and security services from days past with the addition of the latest in technology, from smart cameras and alarms to home automation.

With the addition of home automation, you can make your home as secure and efficient as possible. From controlling lights, temperature, and locks to checking on your front door, you can always know what’s going on at home.

Learn more about the latest security technology from AMP Smart. You can get the right system for your property. 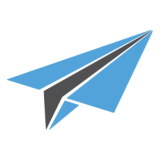